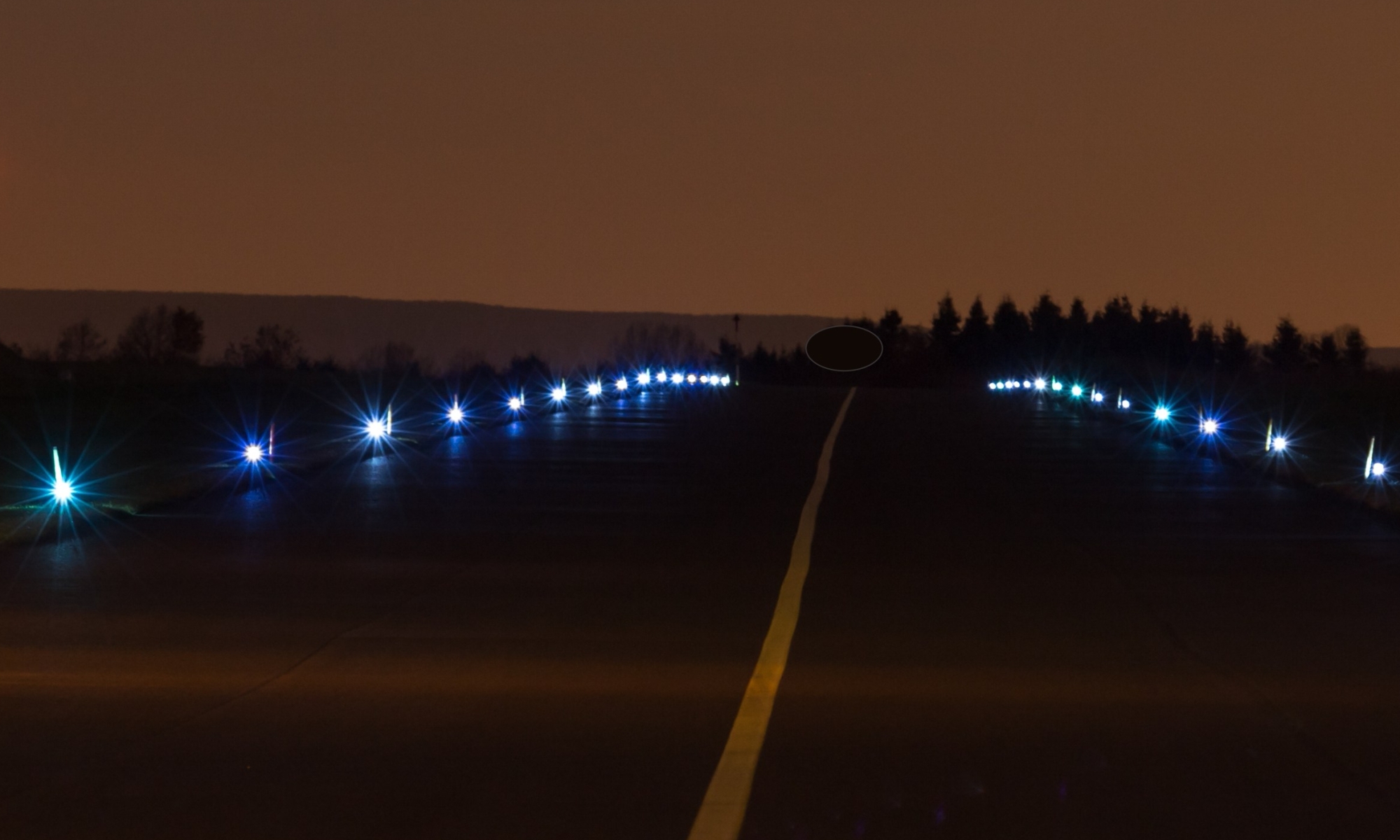 Art’s boss, CFO Dave Valentine, was a pilot who owned a 1946 two-seater Cessna airplane and liked to bird hunt, as did Art. The company’s former president, Judd Linscott, a retired executive who moved back home to Falls City, Nebraska, was also a pilot who liked to hunt as well. Judd invited Art and Dave Valentine to Falls City to go pheasant hunting, since birds were plentiful there. They accepted the invitation, and made plans for Valentine to fly there with Art after work one night. Anticipating the hunting trip “was hugely exciting” for Art. Little did he know what excitement he would soon encounter.

Still dressed in their work clothes after work on an extremely cold, windy evening in late November, Art and his boss, Dave Valentine, drove to Palwaukee Airport around 4 p.m. Scheduled to land around midnight, “We both got into his little shit box 1946 Cessna airplane, and secured our seatbelts with freezing hands and chattering teeth,” Art recalled. “Although Dave was a pilot, he did not fly a “whole hell of a lot.”

Dave looked around to make sure all was secure before takeoff, and then he pushed the starter button. But the engine merely uttered a quiet grunt — the battery was dead. Dave could not turn over the engine to get the plane started. “What the fuck? I am flying to Nebraska, and the battery is totally dead?” Art lamented. Not wanting to appear afraid in front of his boss, Art wondered “What’s next?”

Dave radioed the air station to send for a truck with jumper cables to jump-start his plane’s battery and get them moving. “This is totally scary!” Art thought anxiously. “We are going to jump-start this thing and then fly at 5,000 feet to Falls City, Nebraska?”  The maintenance truck pulled up, and a young driver emerged with jumper cables. But Dave looked at this kid with the cables and warned Art, “I don’t trust this guy to stand near the propeller to hold the cables on the battery – you do it.” Never saying ‘no’ to a boss, Art, (who had no experience flying a plane), followed Dave’s specific instructions to “stay away from the propeller once it started cranking.” Art replied, “Don’t worry! I am staying clear of the propeller.”

After the plane’s small hood was open and the starter cables hooked onto the battery, Dave got into the plane and cranked the engine. Boom! it started, as Art removed the jumper cables and closed the hood. “I knew what to do,” Art remembered. “I never stood inches behind a moving plane propeller spinning at 2,500 RPM on a very cold night before. Did I mention it was scary?”

With a great deal of trepidation, Art jumped into the plane, and carefully secured his seat belt. He and Dave sat there as the engine purred to operating temperature before starting to taxi to the runway. They accelerated down the runway for a perfect liftoff. It was a clear, cloudless night with perfect visibility. They warmed up inside the plane’s cabin as they drank a couple of beers and enjoyed the start of their journey. Dave taught Art how to navigate by looking at the distance between airport beacons.

A couple hours into the flight, Dave started switching on the little cabin light every few minutes, looking at something. Art did not pay much attention while he enjoyed his beer. Suddenly, at 4,000 feet altitude, the engine made a brief sputter before it stalled.  Again – the engine was dead.  Art lamented to himself, “I hope this bastard can glide.” Feeling like the astronauts in the 1970 Apollo 13 explosion, Art was “totally blown away” by the dead silence of the stalled engine. After turning on the cabin light, Dave quietly explained why the engine died – the plane’s fuel gauge was broken, and he had to transfer the right tank of gas to the left tank so he could determine if the right tank was empty.  After a few seconds which seemed like an agonizing eternity, Art finally heard the engine start again.  “I was one happy fuck,” he avowed.

Dave had to land about midway to refuel. While it remained very cold outside, they took off again, heading to their destination in Nebraska. Dave had never landed in Falls City, and the only thing he knew about the airport he learned from Judd Linscott, who kept his plane there. Dave then proceeded to tell Art that the airport turned off its runway lights at 10 p.m. each night. But, he said not to fret, because Judd would be at the airport to turn on the runway lights when he heard them approach. “I was fucking stunned,” Art recalled.  They were scheduled to arrive in the middle of the night. What if Judd overslept? Art wondered. “You cannot land in the dark — the only thing we could see was the airport beacon!”

Art heaved a sigh of relief as they neared the airport, and saw a car’s headlights flashing its brights (a previously arranged signal indicating that Judd was there). He turned on the runway lights moments later. As Dave positioned the plane to land into the wind, they could see the runway from this lower altitude. Then Dave yelled out, “Holy fuck!” Panicked, Art asked what was wrong. Dave told him the runway was a turf runway. Art asked him what that meant. Dave replied that he never landed a plane on a turf runway before. “Now I was really fucking panicked!” Art admitted.

Both silent in the cockpit, Dave focused on landing while Art stayed quiet, not wanting to distract him. As they got closer to maneuvering the wheels down, Art could tell Dave was concerned because he had never done this before. Art described the intensely rough landing: “We bounced up and down on the runway about five times before the plane finally touched down and stopped.”

“Although I was thrilled to be alive, Dave was pissed,” Art puzzled. “I asked why he was pissed, and he complained that he was embarrassed that his “fucked-up landing” was witnessed by his pilot friend, Judd, who was there watching. Embarrassed over a less-than-perfect landing? Art wondered. “Obviously, I thought it was a perfect landing because I survived!”

The bird hunt, although not quite as riveting as the previous plane ride, was great fun, due to the hospitality of the Falls City Team.  “Just a quick side story,” Art chuckled. “I was hunting with a guy twice my age, and we got to talking. I asked him what he did for a living, and he told me he sold Lear Jets. I exclaimed ‘very cool.’ He told me that the selling price of Lear Jet at that time was about $1 million bucks, and his commission rate was a cool 7%. (So, the quick math told me he made $70,000 each time he sold one), a ton of money in 1972).  As we hunted and talked more, I asked how long had he been selling Lear Jets, and he said about 8 years. In my mind, I did a few quick assumptions and calculations that if he only sold two jets per year, his income would be $140,000 per year for the last 8 years …not bad. Not bad at all” Art reflected.

“So, I finally got some balls and asked, ‘how many Lear Jets do you sell per year?’ With a straight face, he said ‘Art, I have never sold a single Lear Jet yet, but I think I will one day.’ “So, this poor bastard had never made a penny selling Jets because he never sold one,” Art said. “I was laughing my ass off and he was too!”

The hunting trip ended on a very positive note. “We all shot our daily limit of pheasants, broke bread together and experienced a super great time in the good outdoors!” Art said.  “After we said our good byes, Dave and I packed up our gear and boarded Dave’s shitbox plane to head back to Chicago. Fortunately, Judd Linscott gave Dave some last-minute pointers as to how to take off on a turf runway, which Dave was happy to accept.  “I held my breath. . . and off we went … a perfect takeoff,” Art recalled.

“On the flight home, we landed at the Moline airport in the Quad Cities to refuel,” Art said. “As soon as we landed, Dave noticed that his left brake was malfunctioning; he had to make three right turns to get us where we needed to be…very confusing, and obviously not very safe. We taxied to the operations shop, Thank God! The mechanic told Dave the brakes were shot and could not be repaired until the next day. We rented a nice, safe, boring car, and drove home from Moline leaving his plane there for repairs.” Although Art sustained no injuries, this was almost as close of a brush with death as being blown off the roof at Mickelberry’s, He later described this hunting trip as “thrilling, chilling and much more.”